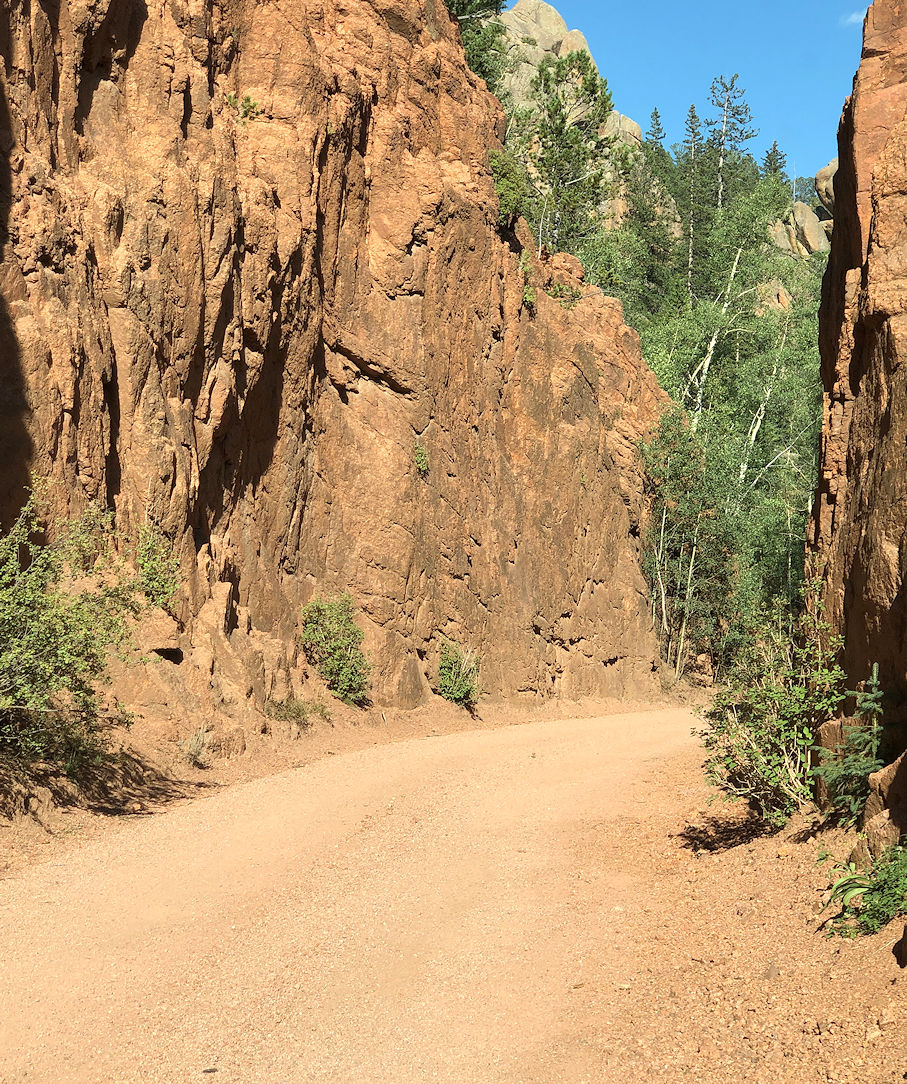 Since we haven’t gotten to go ANYWHERE this past year, I’ve been thinking about the places we’ve gone in previous years. I might make this a series, but then again who knows. I get bogged down with the daily prompts and photo challenges because I start looking for corresponding photos out of the thousands and run out of time.

Anyway, back to the point. I thought I’d share some of those places here. We don’t care for cities so there won’t be a lot of those. But I do take quite a few photos of the roads and surrounding scenery.

In 2019, we went to Colorado in the Jeep so we could go down some of the cool roads & passes they have there. This is Phantom Canyon and Gold Camp Road. I did a post on a previous time we took Gold Camp/Trail road.

Phantom Canyon is a very cool road. I love both of these roads because they’re dirt. I can just imagine the pioneers going down this road. It’s a little harder imagining the train on Gold Camp Road though.

After we got out of Phantom Canyon, it was a short drive to Gold Camp Road. We passed a house that had marijuana growing in the front yard. We were past it before I realized what it was. Wish I’d have gotten a photo. That’s something I’ve never seen.

Gold Camp Road is so cool! There are a lot of curves where you can’t see where you’re going. Lots of narrow passageways through the rocks. Like I said, hard to envision a train going down this path.

For the 3 photos below, if you click on them, it should take you to a larger version in order to read the text. It looks like there was some loss of clarity in the upload and the text is not as crisp as it should be.

So that was our little drive along Phantom Canyon and Gold Camp Road! It’s been so much fun every time we’ve been on them. It was too dusty to take the tops off of the Jeep, but it was beautiful weather nonetheless.

2 thoughts on “Been Down That Road 1”