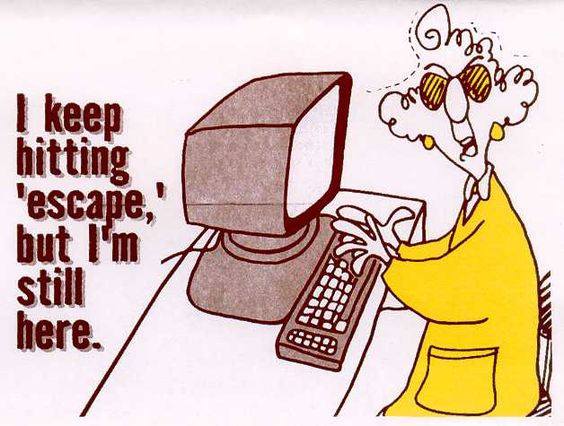 I had to resurrect my laptop yesterday. By that I mean wipe everything-EVERYTHING- off of it and reload Windows from scratch. A reset. But to me it felt more like killing my laptop and bringing it back to life. Without all the electricity/lightning stuff going on.

I’d had this laptop for 5 years. Which doesn’t seem very long. It was my main computer that I used every day. It’s an HP Spectre and I really liked it. About mid 2020, the touch pad went haywire and was working sporadically which was really frustrating. I dug out the wireless mouse and started using that. It seemed to me that the laptop was getting slower as well.

I regularly back up important data. I’ve lost a bunch of stuff from instant death of a computer before. This one was kind enough to give me another warning when one day, programs wouldn’t open, or would open after a long time. I’m thinking “Oh man, she’s gonna quit on me.” So I immediately backed up everything important right then. The next morning, it wouldn’t even come on. Not even a flicker. Seemed like a battery thing to me, although I kept it plugged in and charged 98% of the time. It won’t come on even though it’s plugged in? Guess not. I even tried a different cord, just in case.

So this is how my thought process goes- How do I tell if it’s the battery? Look it up online. Ok. Have to take the battery out and see if it’ll come on without one while plugged in. Seems straightforward. Cool. Oh. The teeny tiny screws on the bottom are a special (not actually what I’d call them) shape that takes a certain screwdriver. Not cool. All of the “special” screwdrivers we have are too big. Any others will ruin the screws, which would put us into another realm to get the thing open. So Hubs goes to Amazon & orders a set of “special” screwdrivers. Fun for him. Meanwhile my thought process moves on to: How much is a new battery? Will it be worth it to buy a new battery? This laptop is 5 years old. What if it’s not just the battery? Let’s find out how much a battery is then wait & see how it works without one. Heck, I might not even need a battery since I keep it plugged in all the time anyway. Hmmm. Win! and highly unlikely, knowing my luck.

Naturally when the screwdrivers get here, Hubs goes into mechanic-mode and grabs the laptop with a crazed look in his eyes. I’ve learned to just back away in those situations. Best for everyone involved. He gets the back off & takes out the battery which looks like something that’s been run over on the highway a dozen times. It’s so flat & thin it’s a marvel. Luckily the back goes on without issue. I plug it in and voila! it comes on! Sweet! Could I be this lucky for once? Uh…no. It’s working, but really sluggish and not quite listening to commands like it should. I’m only slightly surprised by this as my hopes fizzle to nothing.

Great. Now I have to have a new laptop. Hubs gets a gleam in his eye and I see a little drool on the side of his mouth as he hops on his iPad to shop for one. Fun for him. Again. Since I’ve been without a computer for upwards of 2 days I’m starting to get a little shaky so I reach for my iPad. It’s a close second to the laptop and in some ways #1. Hubs is fast & furious in his search and sends me several candidates via text. Although he’s only 4 or 5 feet away.

I’m excited about a new laptop; sorta. It’ll be nice having more storage, speed and dependability. I’m not real thrilled about having to put all of my stuff back on it though. We finally decided on one and I’ve had it about two weeks now and I’m still putting stuff back on it. I’ve learned you don’t know what’s missing until you need it. I kept the HP intact while I was putting the backup on the new laptop. Just in case. Sure enough there were a few things that weren’t quite the same in the backup that needed updating from the HP. It was a slow go getting stuff off of the HP.

Wiping everything off of the HP and reinstalling Windows took HOURS. Like 4 or 5 hours. I don’t know if it takes that long normally or if it was the HP’s fault. I haven’t really tried the HP yet. Microsoft wants all this information that I don’t want to put on there. I don’t know what I’m gonna do with it. If it’s decent I might give it to a nephew to play with since it can turn into a tablet and has screen surface touch. But then again it may have to go to the recycle bin. Either way- Goodbye old buddy. You were great while you lasted.